This week Urban Surfer had a quick catch up with the man himself, James Threlfall. We talk about what he’s getting up to this year, including the NASS and Boardmasters contests and he also reveals that one day he would like to own a… duck!

You mentioned in your blog post 2014 / A New Year that you are planning on “heading to a tonne of contests this year”. What have you got on the calendar so far, and can we expect to find you up in our neck of the woods this year?
In the next couple of months, I’m feeling pretty excited for some of the UK contests like NASS and Boardmasters. In recent years though I’ve been getting more and more working hosting and organising skate contests, so I tend to be at a competition somewhere in the country almost every weekend throughout summer. It’s hectic, but I like it that way. Alongside that, there’s a few trips abroad being thrown in the mix; we have a Melon Optics team trip to Berlin in just over a week, a mission to Sweden and Copenhagen is on the cards for August, and there’s also talk of Spain. Fitting in other video based work and such around that can be hard work, but it always seems to come together somehow. 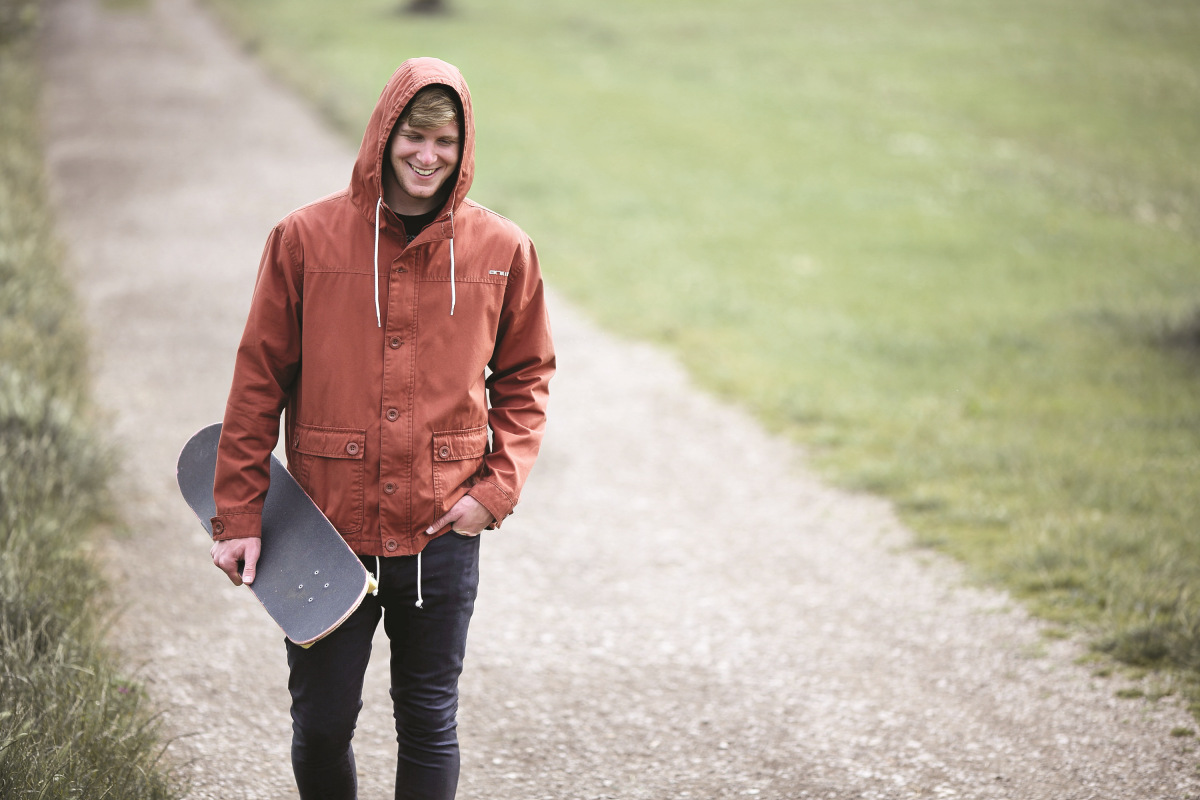 Along side skateboarding you also get involved in a lot of writing for magazines such as Forecast and Huck. I’ve just finished reading your post on the Huck Magazine website on China’s Ghost City which like you said “offers immense opportunities” for skateboarders – but for those that can’t just hop on a plane to China, where are the top spots in the UK would you recommend skaters to visit?
Writing is something I massively enjoy alongside of skating and don’t really get to do enough of – Forecast is essentially my baby, and I work on that in my spare time when I’m at home not skating with the help and assistance of some great people. There seems to be more and more notable spots cropping up across the UK which is always great to see. The craziest place for me right now is actually Cirencester. The park opened only a matter of days ago, and going along to skate it the other day it’s just got such a well thought out design, fitting so much into the space that’s there without it feeling crowded. Top that off with smooth transitions and excellently finished concrete, and you’re onto a winner. The South-West actually has a lot going for it right now, so I’m definitely enjoying living here.
Go on then, tell us, how does it feel to be part of the Animal team at such a young age?
Animal is a company that I fully believe in, and enjoy being a part of. When I was 18, I had a phone call asking if I wanted to be the first skateboarder to ride for Animal, and 2 years on I couldn’t be more glad I said yes. It’s all blown up quite quickly; appearing in shop windows, on products and such, but it’s all really fun. I feel involved in decision making and planning in different aspects of the company, and although it sounds really cliché, it does feel like a really big family. The other guys that ride for the team like James Jones, Marcus, Stef, Stokesy, Blake – everyone, they’re all amazing people and I’m excited to be representing the same company as them. I’ve also just been given my own web series with Animal too called Landscapes, which I’m really enjoying working hard on right now. 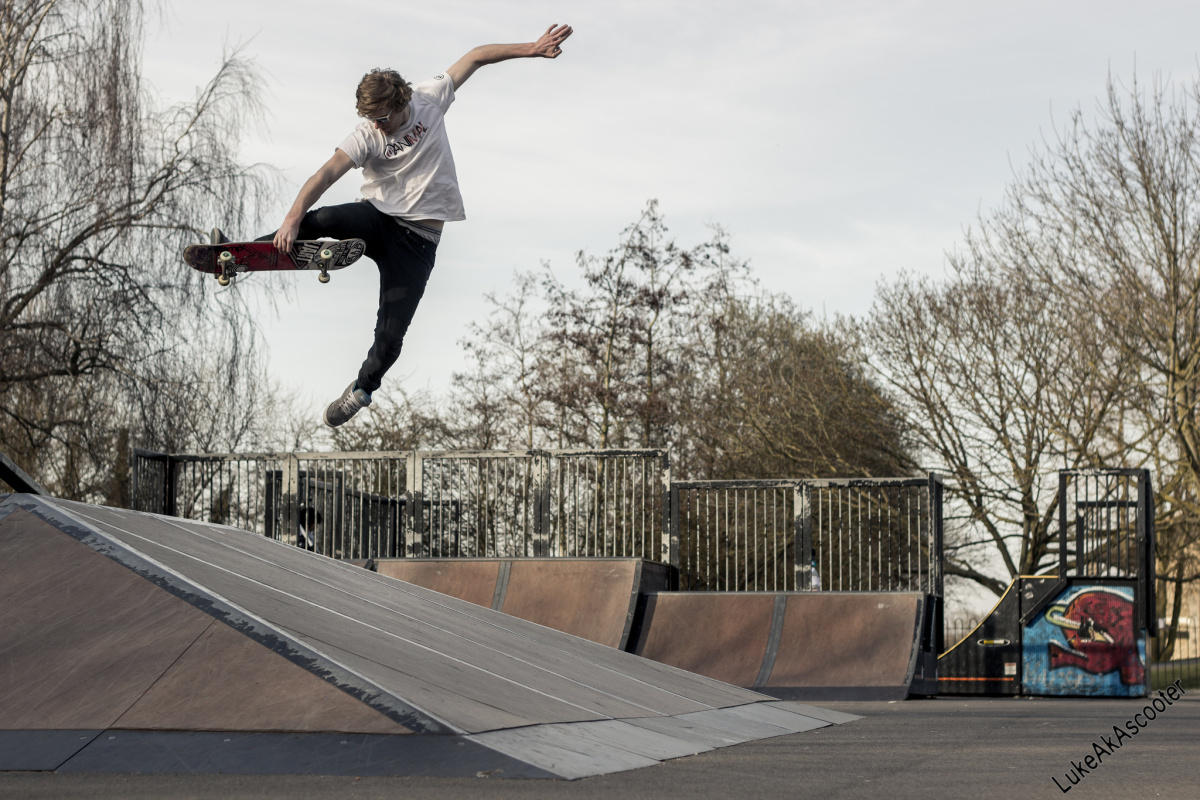 If you weren’t a skater, what do you think you would be doing now?
I’ve always enjoyed sport, so probably just something else like that. When I was 15/16 I used to compete in the nationals and such for High Jump and reached 6th in the country one year, but I gave that up because I always wanted to be out skating. So I’d probably be pretty heavily into athletics. That or rugby, I used to play for the year above at secondary school and loved it, so if I wasn’t skating maybe I’d of tried to take that further. I’m super happy with skating though, and definitely feel like I made the right choice!
Your video footage is awesome – is this with the help of Go-Pro? The Hero3+ black edition was recently released – have you guys managed to get your hands on it?
I shoot a lot with the GoPro Hero 3+ – massive thank you to GoPro and Madison for hooking me up with all the latest cameras and gear! I use the GoPro a lot for Instagram as they work really well together, and I also use it to film things like Spot Checks when I head to new parks; it’s just a super versatile camera which works incredibly well. I also shoot a lot with a couple of super talented filmmakers, Ryan Goold and Ben Marshall, who never cease to amaze me with what they can produce. 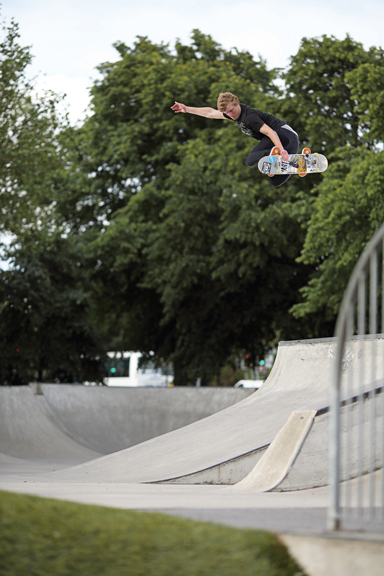 I hear you are also working as a skate coach?
I used to work almost every day for a friend’s sport’s coaching company as a skate coach in schools, youth centres and such. I still do quite a lot of coaching here and there for companies like Animal and Team Extreme, and always try to help out the younger guys at the local skatepark because I definitely found the occasional bit of advice really helpful when I was younger.
We have a huge skateboarding scene here at Urban Surfer and for those skaters that are reading this post, is there any advice you would give to a beginner skater that helped you to get where you are now?
Just skate every day you can, and enjoy it! Be prepared to take the occasional slam, and always have the confidence to get back on your board. 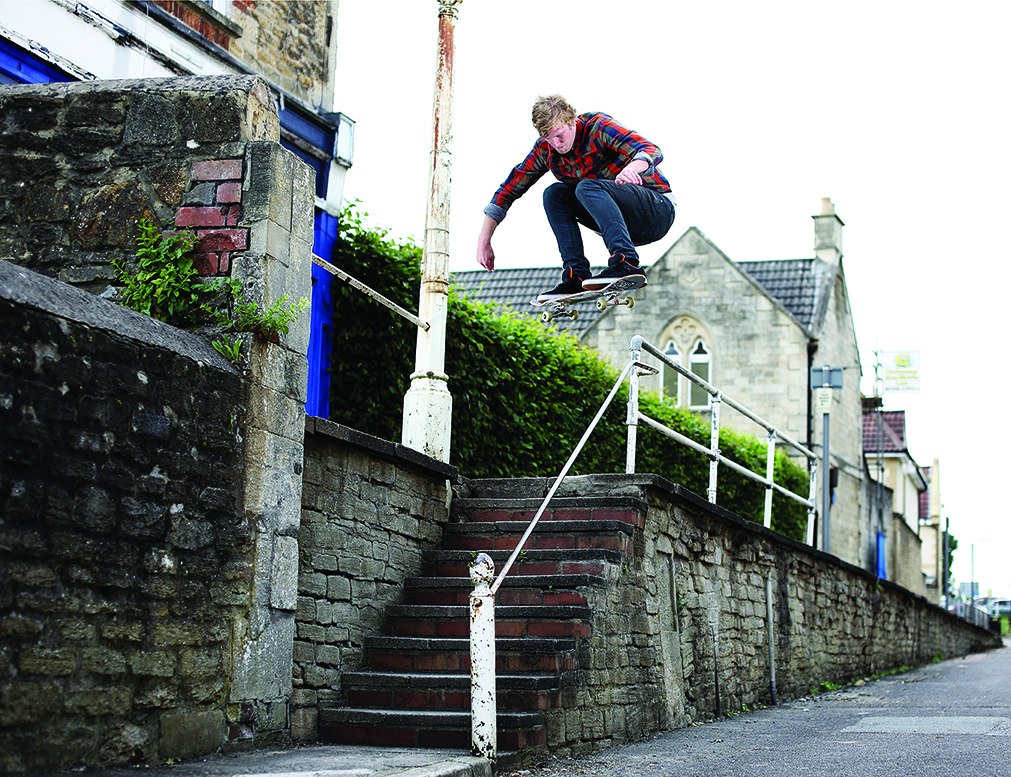 Is there anything else you would like to get off your chest?
I’m definitely a bit of an Xbox lover! Haha. If anyone wants to duel it out on FIFA hit me up – ‘Threlfall93’.
With all of our professional / celebrity interviews we ask the following quick fire questions:

Any pets? Not right now, but I definitely want to own a duck one day. Those guys know what’s up.

Games To Play On Your Skateboard